There was much for Harrisonburg Downtown Renaissance to celebrate at its annual Celebration & Reception held on Monday, February 24, 2014 at Clementine in downtown Harrisonburg.

More than 175 people attended to reflect on a successful year and hear exciting plans of what’s to come in 2014 and beyond. Photo by Blair Boswell.

In addition to sharing its annual report, HDR kicked off its 2014 ‘Friends of Downtown’ membership campaign; unveiled its updated brand to the community; and recognized the people, businesses, and organizations that make Downtown Harrisonburg a success story.

At the event, HDR announced the winners of Design Excellence, Volunteer of the Year, and Partner of the Year Awards.

HDR’s Design Committee determines Design Excellence Award winners through careful consideration of those projects that have made a significant contribution to the preservation and beautification of the downtown district. Two categories were identified and winners were selected from a pool of 30 projects:

HDR also recognized the collaborative efforts and incredible dedication of its volunteer and partner organizations through the Volunteer of the Year and Partner of the Year Awards: 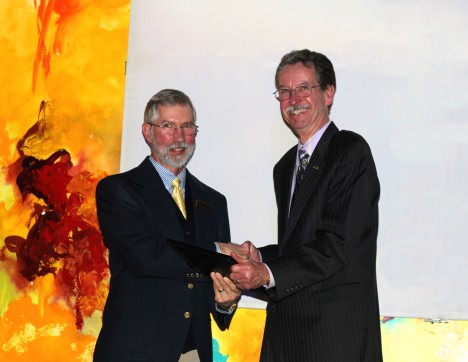 Dr. A. Jerry Benson. Provost and Senior Vice President for Academic Affairs at James Madison University received the Partner of the Year award on behalf of JMU. Photo by Kim Kirk.

Kathy Sarver and Tisha McCoy-Ntiamoah, Chairs of the Block Party Committee are recipients of the Volunteer of the Year awards. Photo by Kim Kirk. 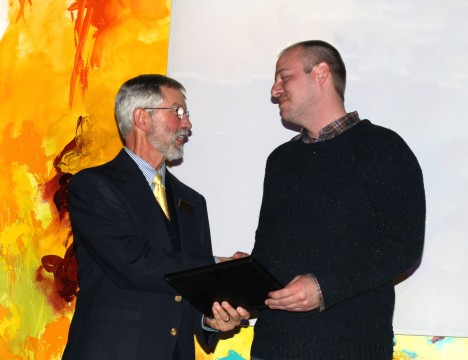 Jeremiah Jenkins receives the 2013 Volunteer of the Year award. Photo by Kim Kirk.